Middlesbrough Rail Station is one of the busiest in the North East with 1.3 million passengers per annum

Middlesbrough Rail Station is one of the busiest in the North East with 1.3 million passengers per annum

The creation of a direct London link in 2020 will lead to direct journeys to King’s Cross within three hours and a significant investment boost to the economy.

A masterplan has been produced outlining the redevelopment of the Rail Station and the necessary improvements for enhanced services, as well as the regeneration of the surrounding streets leading to the town centre. 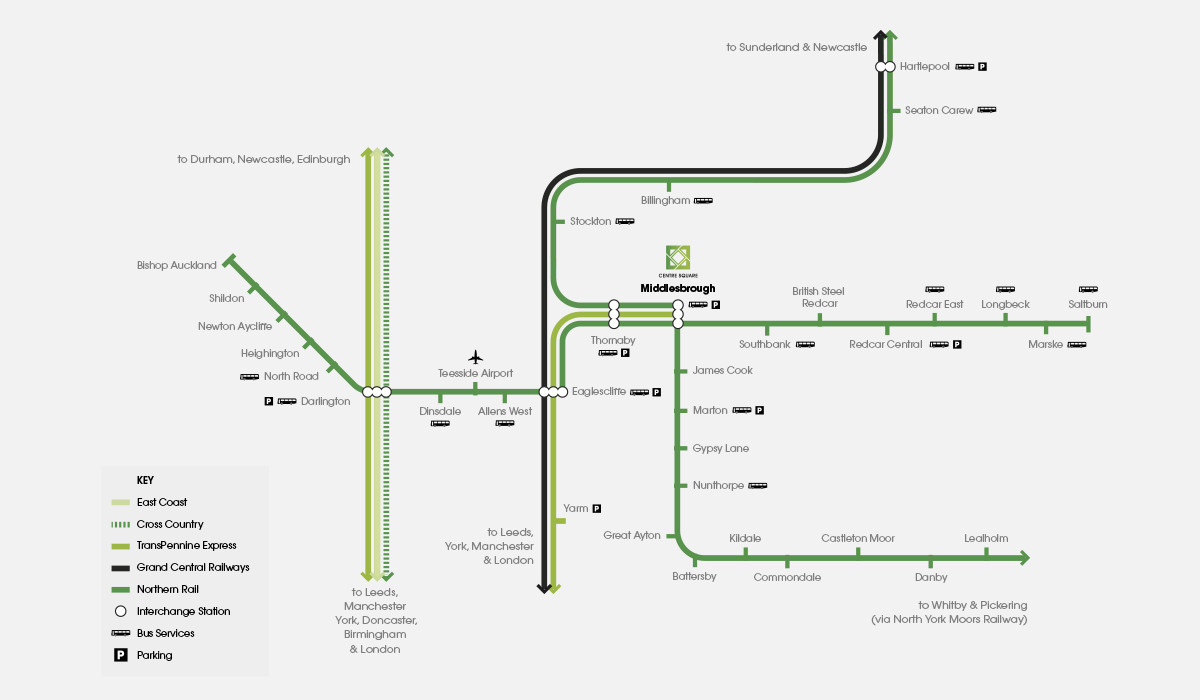 Rail Network Connections to and from Middlesbrough

With over £500m investment the TransPennine Express franchise is being comprehensively enhanced to create an Intercity of the North rail service, connecting the towns and cities of the North together better. By the end of 2019 train services will be upgraded to half hourly and will make connections between Middlesbrough and Newcastle even easier.

Additionally, new five carriage trains will be introduced to serve customers on the service from Middlesbrough direct to Manchester International Airport. Calling at Thornaby, Yarm, Northallerton, Thirsk, York, Garforth, Leeds, Huddersfield and Manchester Piccadilly, the commute from the surrounding area becomes even more accessible and comfortable.